APRIL 12TH, INTERNATIONAL DAY FOR STREET CHILDREN: FOR DROP IN SHELTER IN BELGRADE, FUNDS ARE PROVIDED ONLY UNTIL THE END OF 2017 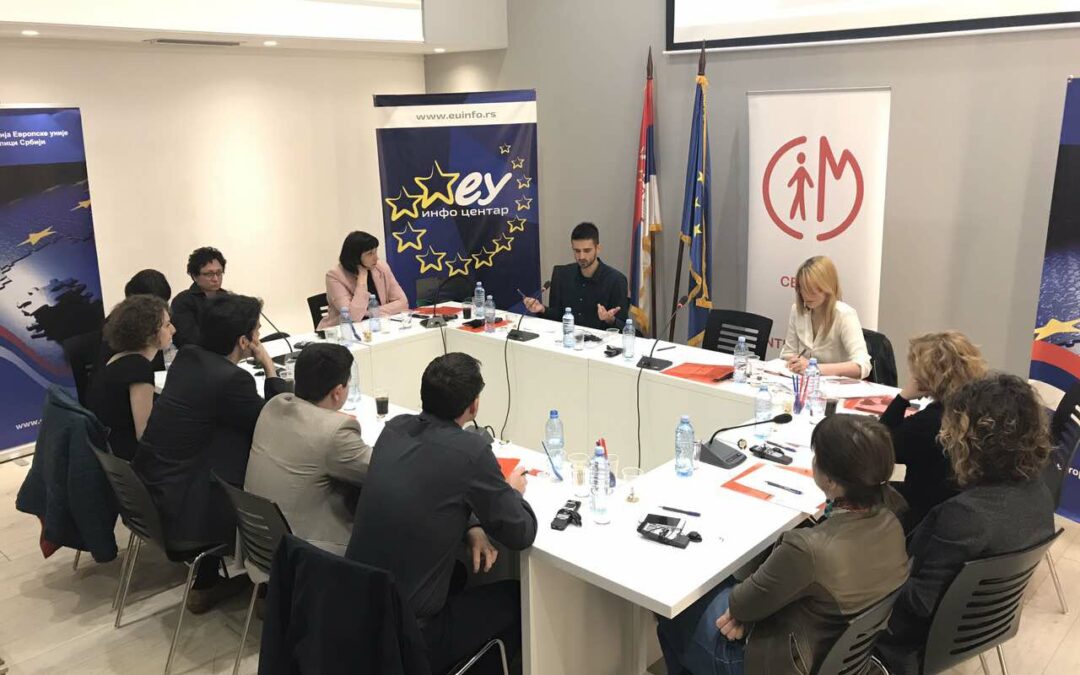 Since 2011, in more than 130 countries around the world, April 12th is celebrated as the International Day for Street Children. Also, this year, the Center for Youth Integration marks the tenth anniversary of the Drop in Shelter, the only services on the territory of Belgrade, which was created exclusively for street involved children.

To mark this date, and in order to create mutual strategy for the future and sustainability of the Drop in Shelter, the Center for Youth Integration has organized a meeting at the premises of EU Info Center. The meeting was attended by representatives of the EU Delegation in Serbia, GIZ, CWS Global, UNICEF, Embassy of Australia, Network of Organizations for Children of Serbia MODS, Joint Stock Company “Elektromreza Srbije”, Save the Children, Divac Foundation.

Center for Youth Integration recalls that, in Serbia as well, the street involved children are often sexually and economically exploited, but they are also sometimes victims of violence and discrimination. These children live in extreme poverty, mostly in informal settlements, often without access to running water and electricity, in many cases without personal documents and access to institutions.

Over the past 10 years Drop in Shelter was used by 1,024 children and young people. Instead of spending time on the street – over one million hours these children spent in warm, playing, learning and socializing and with provided cooked meals. Despite the fact that this service is licensed and recognized by the Serbian Law on Social Protection, but also the fact that this is the place where children come voluntarily and in which they feel safe, service that offers them an alternative to the street, support for school enrolling, assistance in getting personal documentation and in linking with all relevant institutions within the system – Drop in Shelter is not yet in the budget of the City of Belgrade.

We are using this date as an occasion to express our concern and draw attention to the unfavorable situation in which the Drop in Shelter is, bearing in mind that, thanks to donations, funds are provided only by the end of 2017.

In the year when the Drop in Shelter celebrates its 10th birthday, and United Nations, for the first time ever, are publishing a document created exclusively for street involved children, we hope that we will, in cooperation with the City of Belgrade, as well as our partners and donors, be able to develop a strategy for the sustainability of Drop in Shelter, in order to continue to support one of the most vulnerable groups of children.